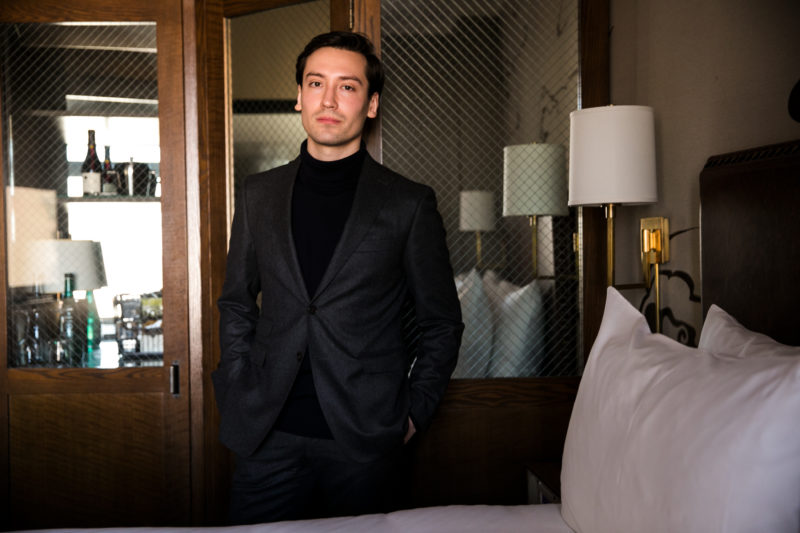 Five young guys sweating it out in a garage, furiously working to create a new platform that would change the way we use the internet as we know it… No, this isn’t the first episode of Silicon Valley, this didn’t even happen in California. In the small town of Taby, Sweden. Mattias Storm and his group of friends got together to create Bloglovin’; a platform that allows users to read, discover and organize their favorite blogs all in one place. From it’s inception in 2007 they have been met with overwhelming success, raising millions of dollars from investors, and by October 2011 registered it’s 1 millionth user. Today, Bloglovin’ has 12M users, and mainly focuses on ACTIVATE platform to help brands work with influencers.

Team NuWa met Mattias on a chilly afternoon at one of his favorite spots to reside while in NYC, The Soho Grand. 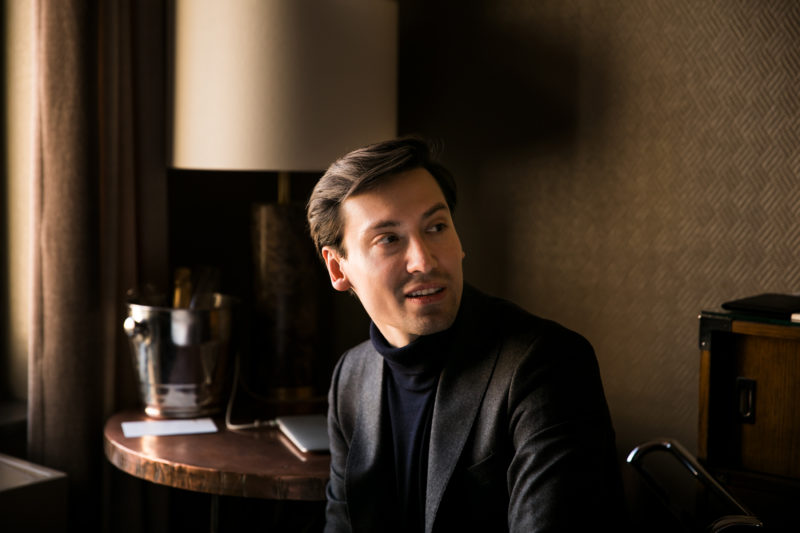 From that little garage in Taby did you know that the platform would be as successful as it is?

Have you guys seen it?! It’s more of a shed, it’s probably a bit smaller than this room. We were right out of high school and it was just like a hobby for us to build things. We were just playing around, playing with different ideas really, and I think we had no anticipation that something would work. It was more like having a jazz band, everyone was doing their own thing, and fortunately everything worked out. I think over the years we started to think what this could become, but at the point of inception not at all. 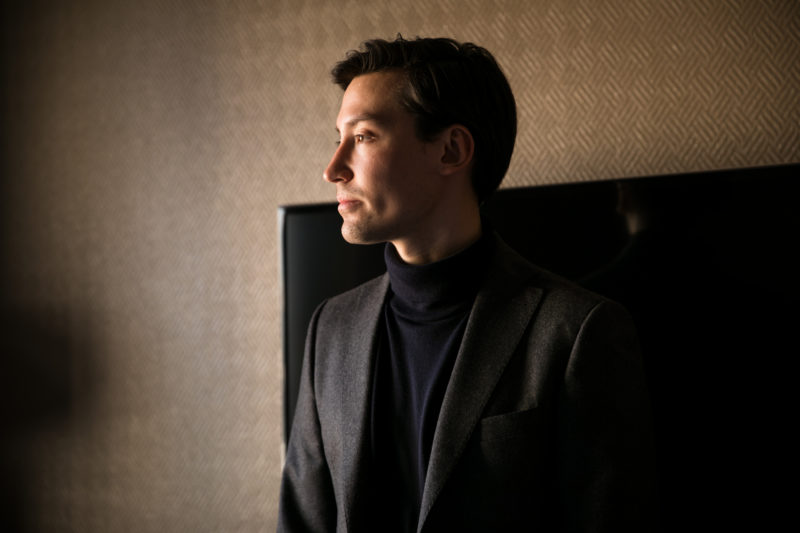 Were there difficulties with founding your company in Sweden and running it in NYC?

There were difficulties running it in Sweden as well, but I think, for us, it became clear once we realized our audience and our customers were in the US that we would have to move to New York. New York is the center of advertising, so we knew that all of the things, all of the “shit sandwiches” you have to deal with were going to be worth it. At the same time we had a bunch of US investors that sort of helped us with all of the cultural differences; of how you operate, getting visas, and all of that, and so, yeah, those were all of the challenging stuff, but it was all worth it in the end. 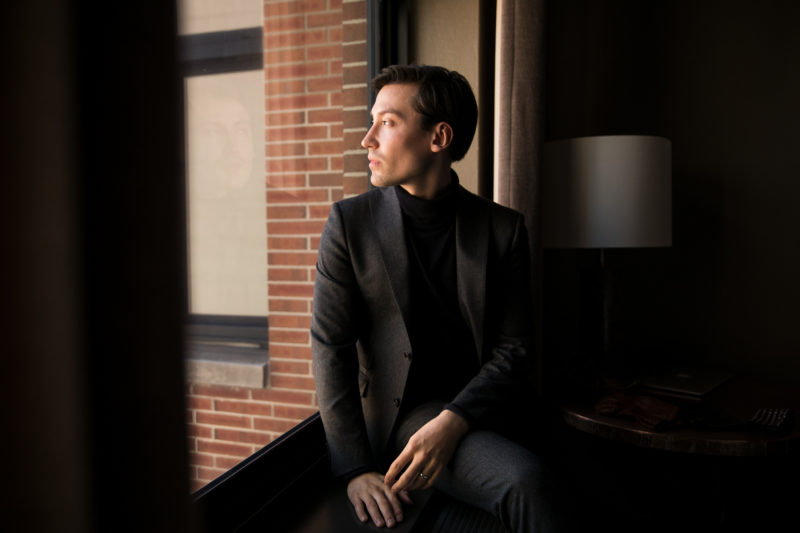 Any insider tips for growing a Bloglovin’ following?

As you start growing the one thing that we see that has a massive impact is like the way you write headlines. People like reading articles that sort of explain how their lives can become better; I think our most popular article ever has been “5 Ways For You To Become Happier In 5 Minutes” because it’s very clear what you’re going to get. That increases your clicks on facebook, it increases your clicks on Pinterest, everywhere. A lot of people just post headlines like “Blue” and it’s not clear what value you’re going to get by reading that article. A third thing, at the end of each post, write out like “follow me on… instagram, twitter, facebook” that’s usually really powerful. 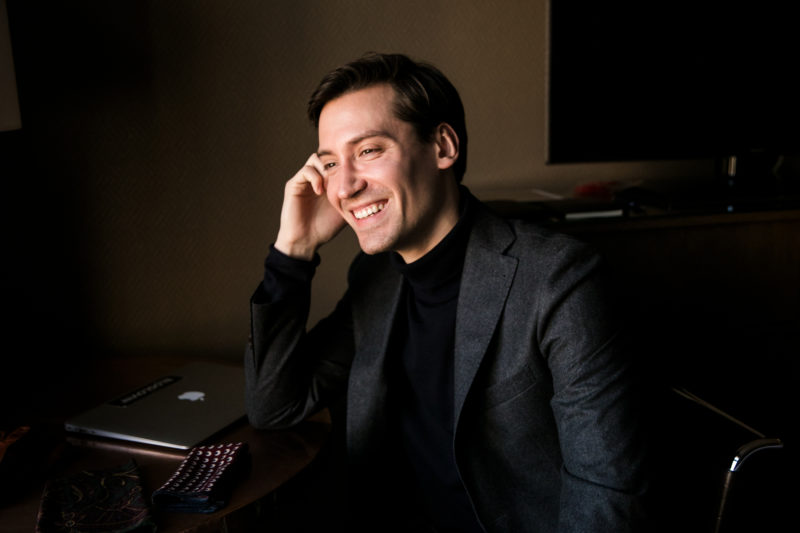 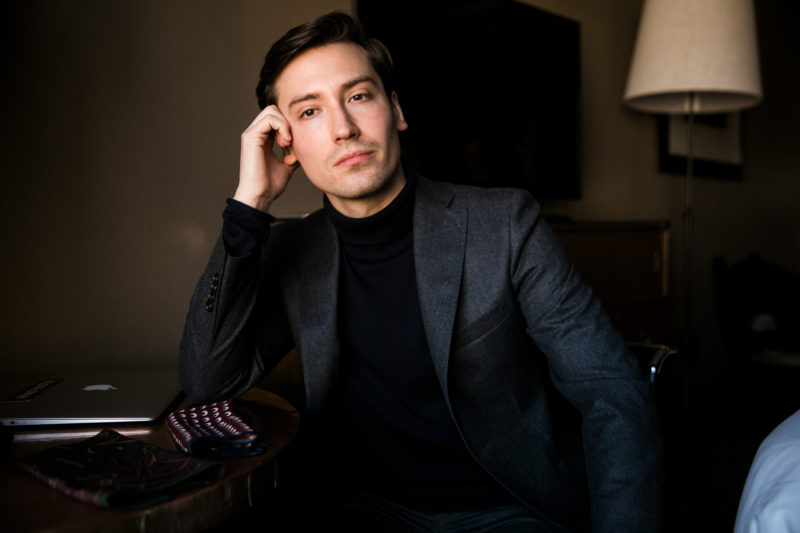 Absolutely! And I’m sure you see so many new blogs come in through Bloglovin’, what are some of the more exciting ones you’ve seen pop up recently?

I was going to do some research for this one, haha, but one of my favorite blogs is Manger. It’s not super new, but it’s about food; she has a house in rural France, and has like 7 kids, and like 15 dogs, and she’s very different. Such a different life and it’s amazing!

Being a “Globetrotter” and constantly on the move, what are some of your favorite countries to visit?

I’m always happy here in the US, but it’s because I get to work, haha! But otherwise anywhere in the south of Europe, you know, like Spain, France, Italy, they have that amazing kind of joy of living. Everyone is just so passionate about living! You know, theres this thing, I don’t know if you agree with this, but Europe is more like “work to live” and here it’s more like “live to work”, and in the south of Europe thats even more true, like rather not work, but live. 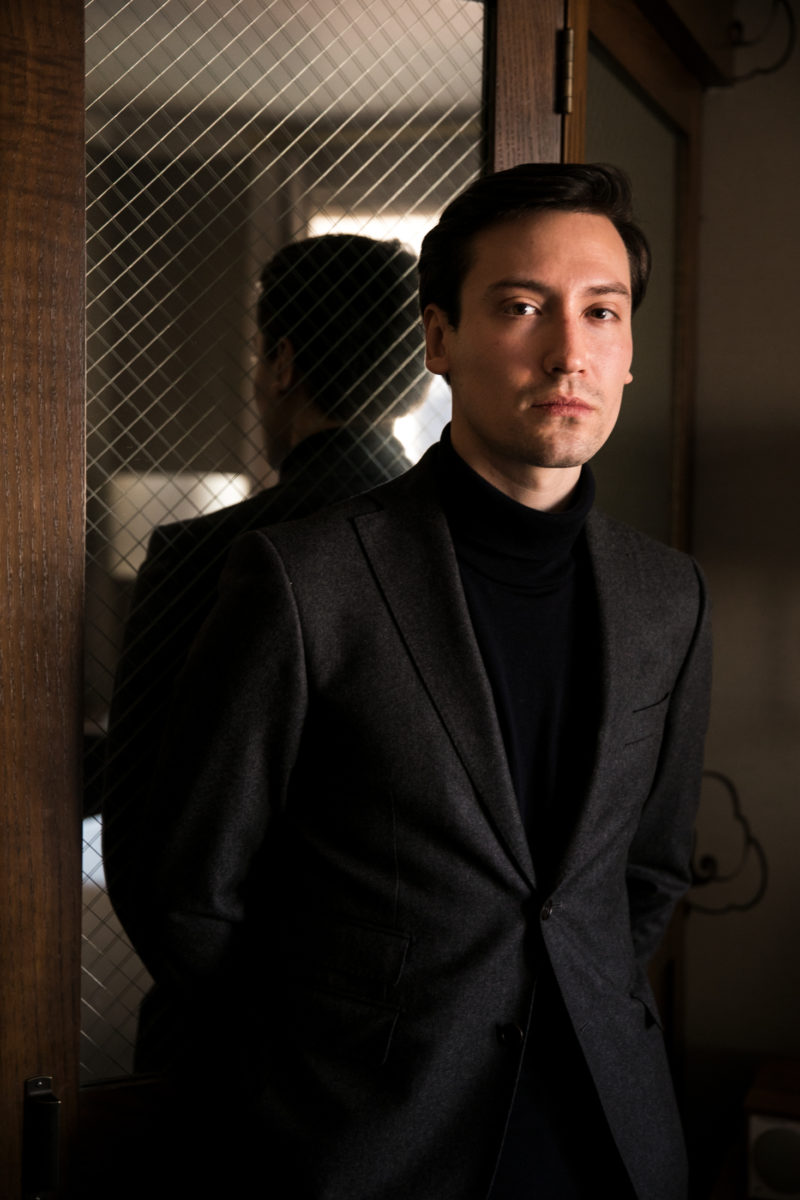 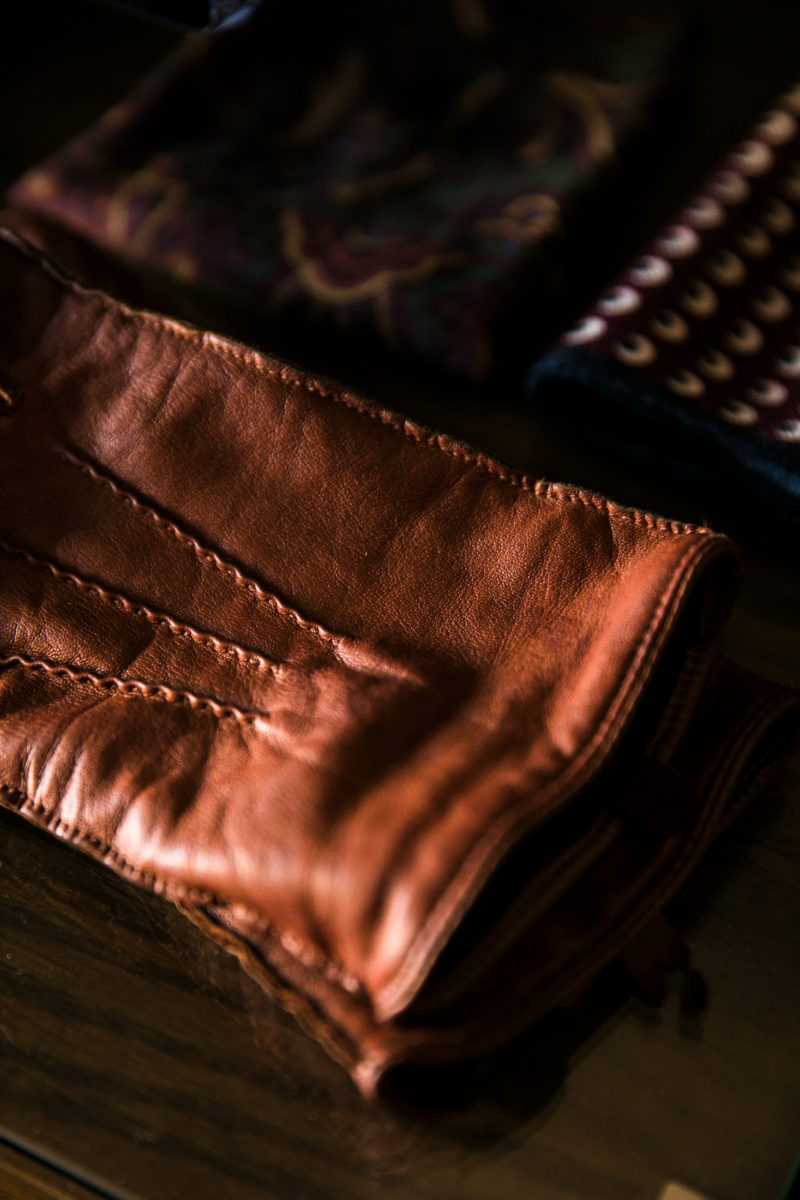 It makes you live longer, if anything!

Tell us a little bit about your cultural background.

So, my mom is from Peru, and my dad is from Gothenburg in Sweden. Almost all of my mom’s family has moved over to Europe or the US, so I spent a lot of summers with my cousins in Italy, I lived in Peru for a year growing up, and lived in New York for 3 years.

What languages do you speak?

Well, I speak, you know, English, Spanish, Swedish, and I think my Italian is ok. I started German, but I’ve never had to use it, all Germans speak English.

How many countries have you lived in?

Well, those three, US, Sweden, and Peru. 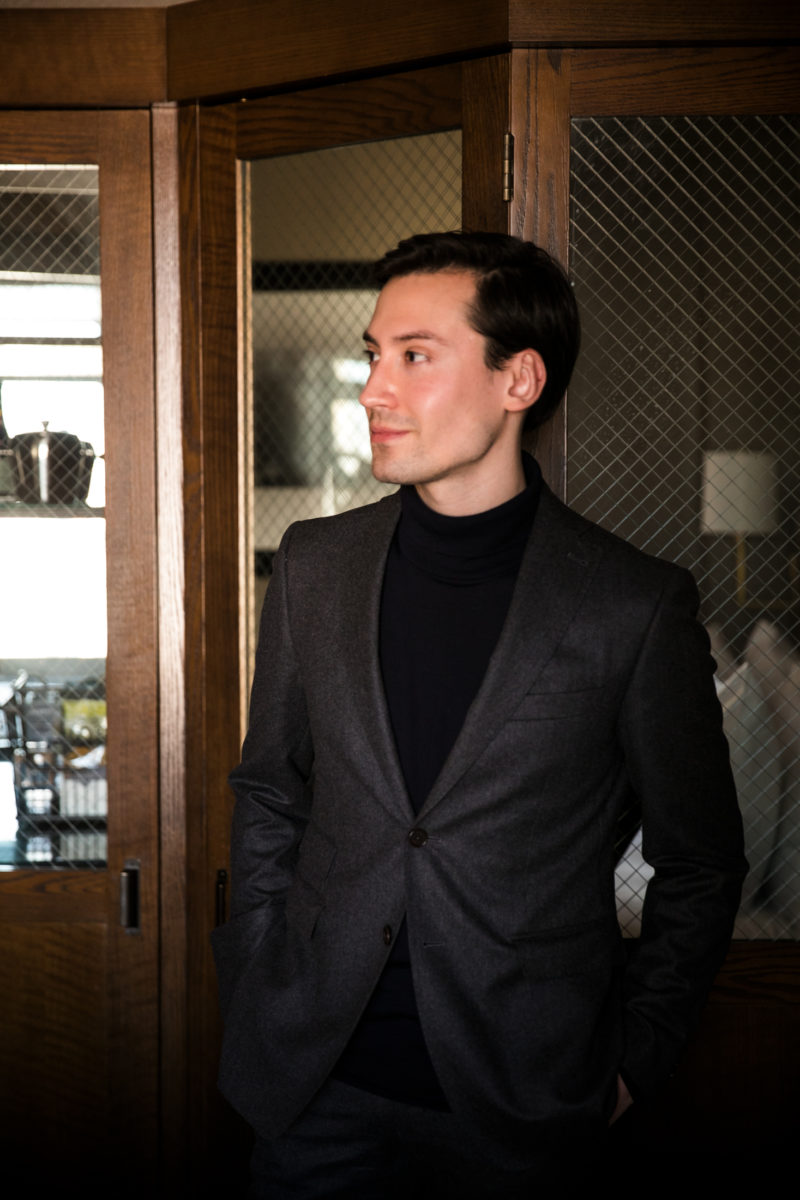 Do these countries influence your work ethic?

Well, yeah, haha! I think, for Sweds, it’s very important that when making decisions everyone is included, and has their voice heard. There’s a big emphasis on work life balance. In Sweden, when you have a baby, both the mother and father have about 9 months off. The things that come from US are: giving people more direct feedback, more emphasis on leadership, and working hard. Then, somewhere in between, I find a good balance.

Peru, itself, hasn’t really influenced me, it’s more so that I was so young, but my mom has, being Peruvian in the way that she is very decisive. Like, she will say that she wants to change the color of the wall and she will do it right away, but that might just be my mom, she’s very instant change, which can be a bit annoying haha. 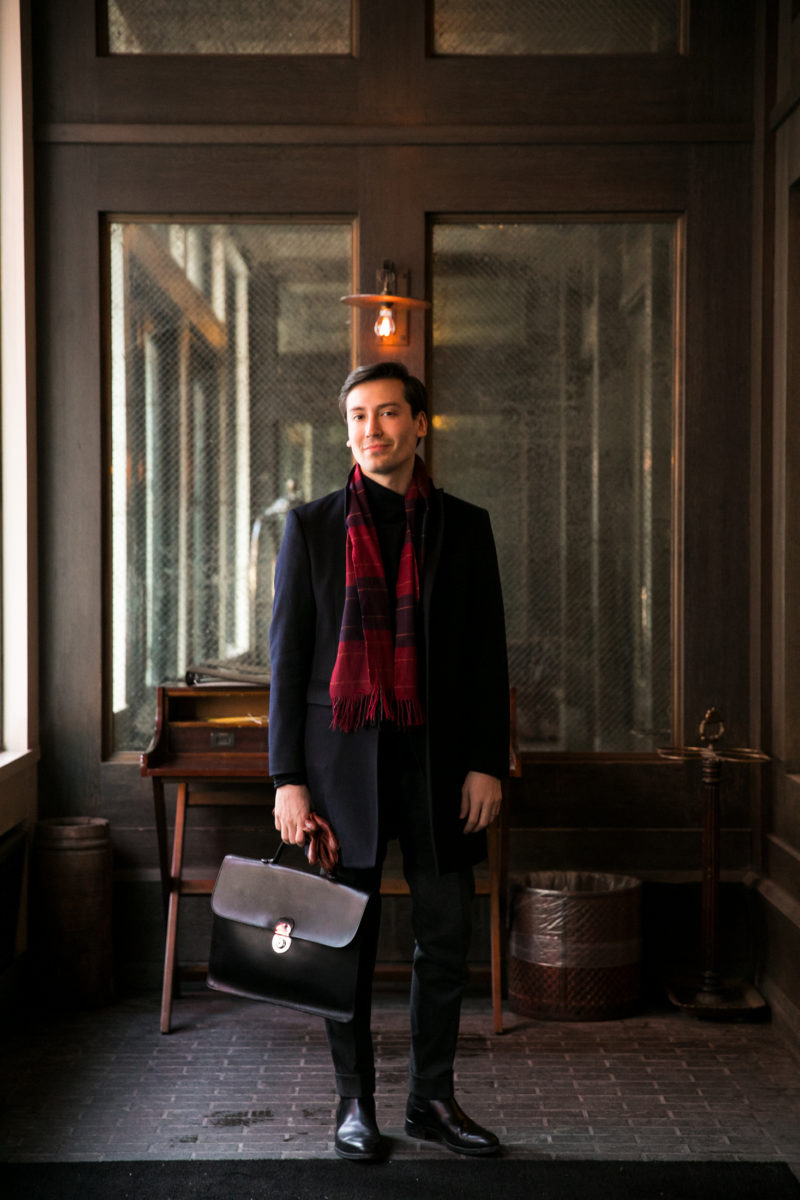 Any suggestions to people who are interested in traveling around the world while trying to be successful in their professional careers?

Well, first what is success? For me that question has changed a lot over the last few years. In whatever you do, you have to think about how you can add value to others instead of how you can get more. I think that people who have businesses travel too little. Traveling is good because it broadens your perspective, you meet more people, and you have a chance to extend your business to new places. I know a lot of people who start clothing brands or web services and my usual advice to them is to spend the next year or two going around the world and talking to people. Market yourself and your product, no one is going to do it for you. Over time it will start to aggregate, compound, so the more places you can plant the seed, ignite growth, the better.

Your team at Bloglovin’, are they as international as you are?

Yes, I think that’s life in New York in general, people are coming from all over the world. When I was a kid I had this super nerdy fantasy to be in a place like Star Trek where everyone is from different places, and I feel like New York and the team is a little bit like that; people from all over the world collaborating together. It makes it more fun when everyone has something different to add. 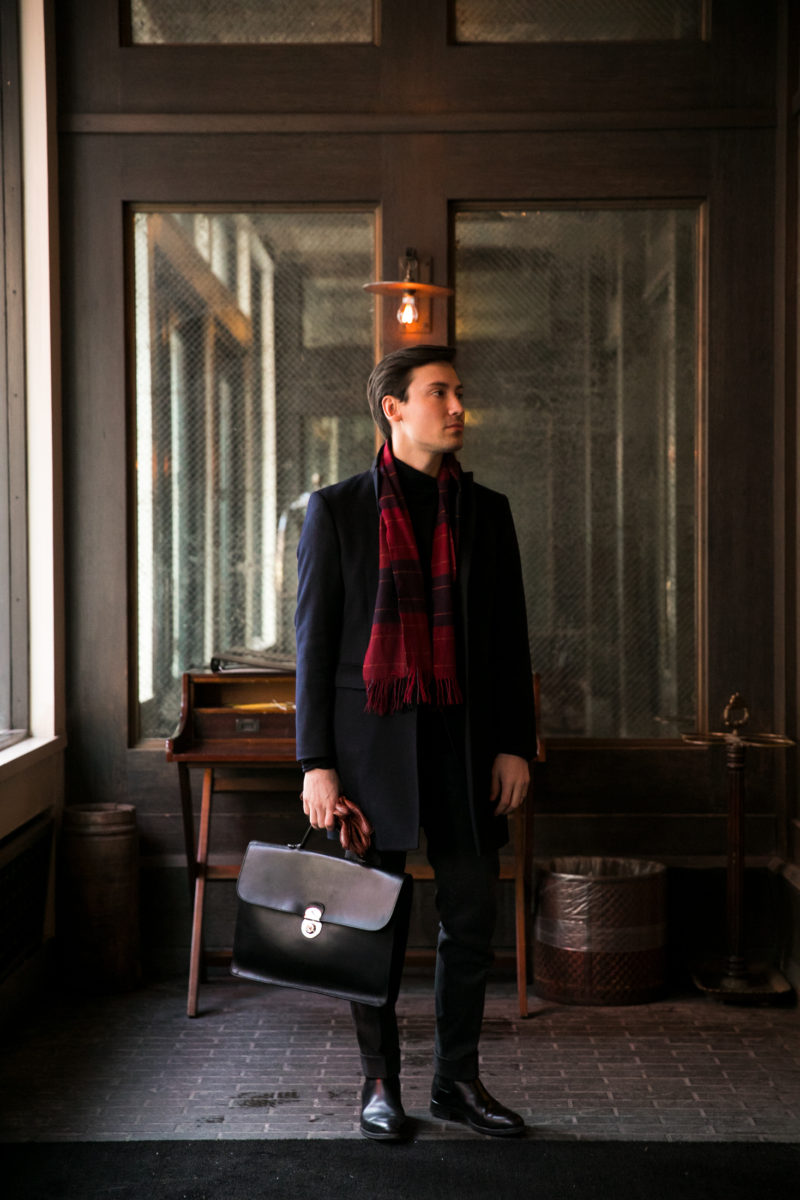 You (the founders) were managing Bloglovin’ for 3 years when you appointed a new CEO, why did you decide to go that route?

Probably longer than that, maybe 6 years. We were all very young when we started, 19, so we had never worked at another company. As we started raising money, as we started growing the team, it felt like it made a lot of sense to bring someone on board with the experience of growing and running a team. For example, I remember when we were so hurried to bring people on board we brought two developers on board the same day. Then, four days later, we all went to go have lunch together and I saw them introduce themselves to each other, and I was like shit! We forgot to introduce them! We were just like, here’s a computer, get going!

Now we’ve learned so much, how to communicate, how to reinforce a shared goal to the entire company, keeping everyone up to date on how things are going, just bringing people together to run in the same direction. When you’re five people it’s not that hard, you talk to everyone very casually, but as you start growing it’s good to have processes for that to make sure it happens, especially when you’re in three different locations like we were at the time. 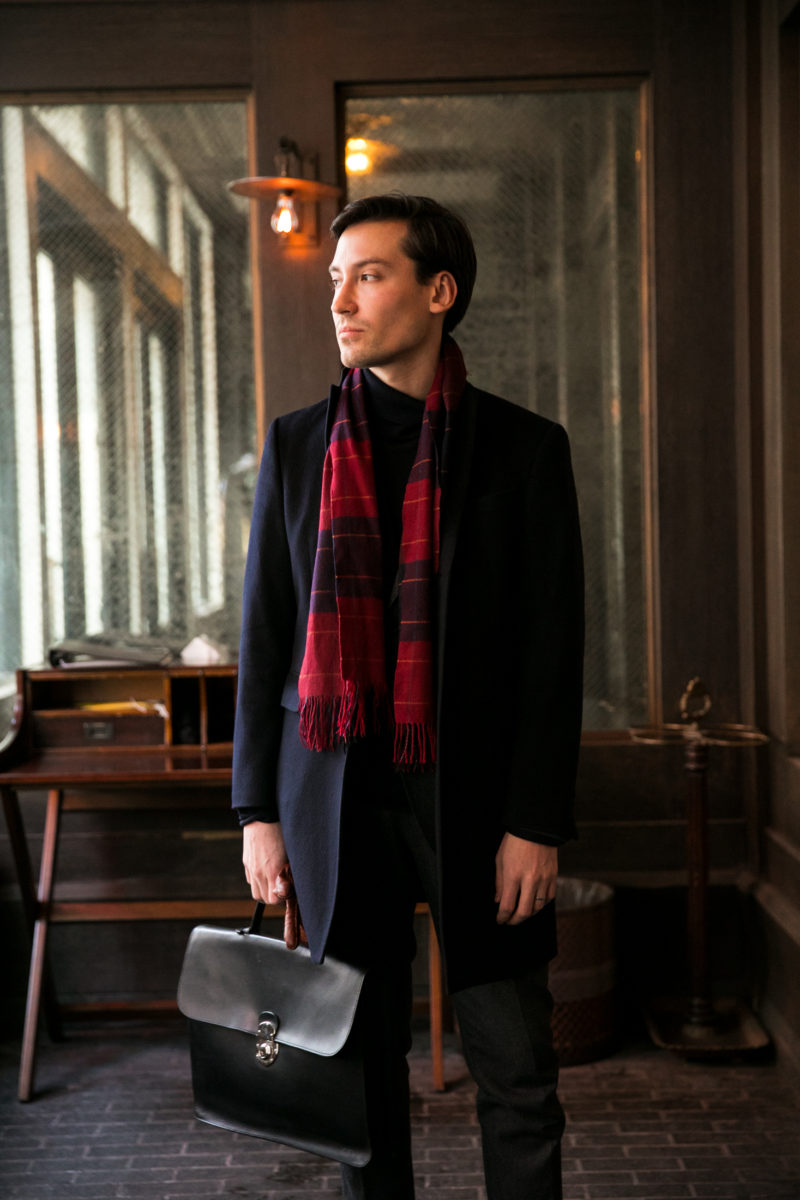 Have you noticed a difference in the social media culture in the USA versus Europe?

It’s monetized slightly differently, something I think Americans are really good at is charging for their work. As an influencer you are the marketing agency telling the client about how to reach their audience. You are the content creator, the photographer, the stylist, you are the person endorsing, you’re so many things. What influencers are doing for brands has never been done by one person before, and I think in the US influencers are better at communicating that and are better at charging for their work, and I think thats great!

Something that I’m very excited to see is a lot of people are thinking about how to scale their businesses, but that’s more like global, either to build out their presence online in a bigger way like Man Repeller did with their online portal, or creating your own beauty brands like Into The Gloss, or fashion brands like Chiara. Influencers in general are an international phenomenon and everyone is looking at each other. 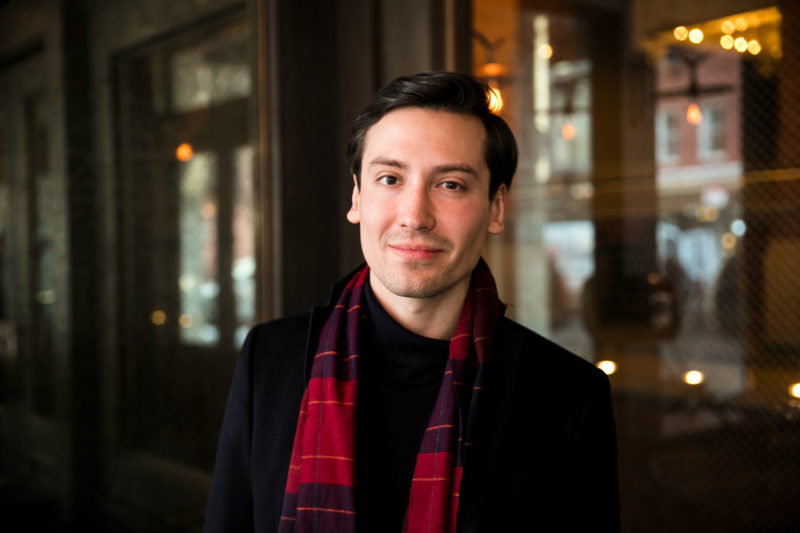 Is there anything in the future that you would like to do after Bloglovin’ if it’s not the end game for you?

It depends. I like being an entrepreneur, I like bringing people together around ideas, working together, and high-fiving, but that doesn’t necessarily mean building a company together, that could also be rallying for a cause. I’m very excited about the things I’m doing right now, it’s hard to think of anything else. It would be nice, either through Bloglovin’ or something else, to have a more positive impact on the world, so we’ll see what form that will take.

Be sure to keep up with Mattias through his website and instagram, and see what new heights Bloglovin’ will soar to.

You may also enjoy:

Jessica Walsh is an NYC based travel writer, after receiving her bachelors from Pace University she explored the traditional route of working in finance until realizing she wasn't a traditional girl. Flexing her creative muscles, she worked as a stylist at Trunk Club, as well as writing about her adventures abroad, and passion for travel. She now fully devotes her time to her wanderlust documented on her blog and Instagram The Wandering Duck.

The Best Way to Tour the Breathtaking Fjords of Norway

When you hear the word "fjord," you probably picture gorgeous, tall mountains and peaceful waters, just like you see in magazines. Well guess what, it's…