Nothing beats the smell of coconut scented sunscreen as the sun hits your face. That undeniable feeling of peace when you hear the waves crashing against the powdered sands of a golden beach. Summer. A time of year, but also a state of mind, at least for the girls Florencia Cavallo and Elise Labau Topaloglu of Golden Edit. On the verge of the Fourth of July (America’s epitome of summer) I sat down with them to hear about their journey to give us a never ending summer. 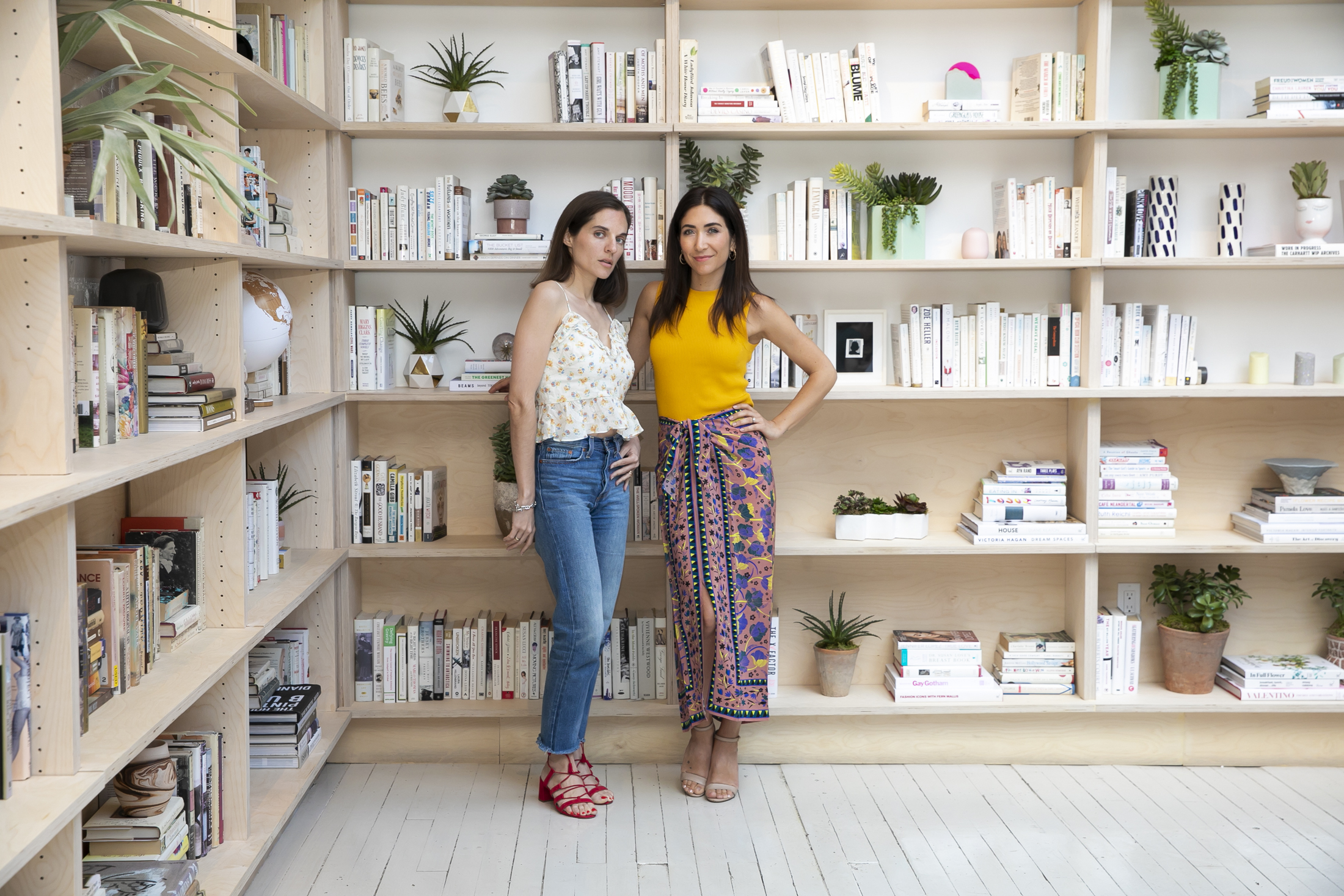 Tell us a little about Golden Edit.

Florencia: Elise and I met while working together at a PR agency in New York. We both had similar backgrounds in terms of travel and different places around the world where we grew up – mostly in sunny destinations by the water. We became friends and started talking about building an online destination for summer essentials that were available all year round. From the beginning, we knew we wanted Golden Edit to be curated and tightly edited so that it would remain palatable, allowing women to discover and have access to incredible brands from all over the globe.

Elise: It happened very organically – through our travels and social media, we were discovering incredible brands that we instantly fell in love with, whether it be the product or the lifestyle they represented. But when it came to purchasing, we realized that at times it was complicated. For a consumer, it can be challenging to deal with currency exchange, international shipping,
customs and the like. So we wanted to peel away some of these layer while offering a selection that’s exciting and interesting and lives under one roof anytime during the year, not just during Resort and Summer at retail. 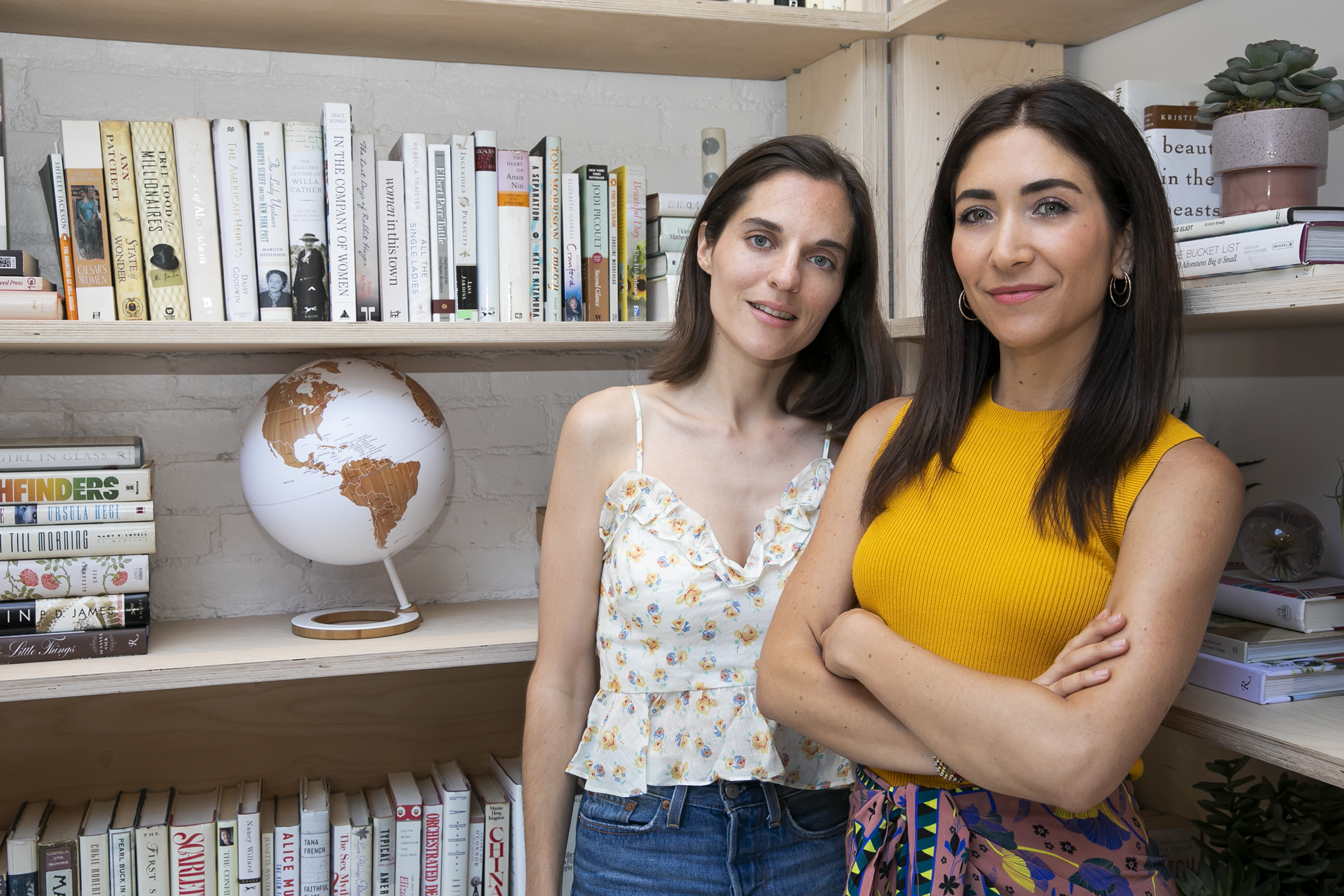 What brought you two together?

Elise: We were both working in fashion in PR and initially bonded over our travel plans. As we were looking to our next summer escape, we started to realize that while there is so much “stuff” out there, unique pieces are hard to come by, and they certainly don’t live under one roof. We were tired of scrolling through pages and pages looking for something as simple as a classic black triangle bikini that didn’t break the bank.

Florencia: Travel is in our DNA and we’ve always loved the sense of discovery that goes along with travel, especially as it relates to the pieces you find and “collect” along the way. Those pieces carry a memory of how you discovered it and where you were, and they’re usually pieces that you hold onto summer after summer.

How many countries have you visited? How many have you lived in?

Florencia: Not as many as I’d like to! Whether it’s next year’s bucket list or a five year plan, there’s always somewhere else to go. I’ve lived in three; I was born in Argentina and lived there until I was 12, before moving to Australia where I grew up. I’ve been in New York for almost four years.

Elise: I grew up in the Caribbean, in St. Barth’s. During the summers my family would go to Spain, and even though I never lived there, it was a big part of my life as a child, and a big influence. I moved to the US as a teenager and a few years ago I spent a year and a half in Turkey with my husband. When it comes to travel, there’s always a growing list of destinations! 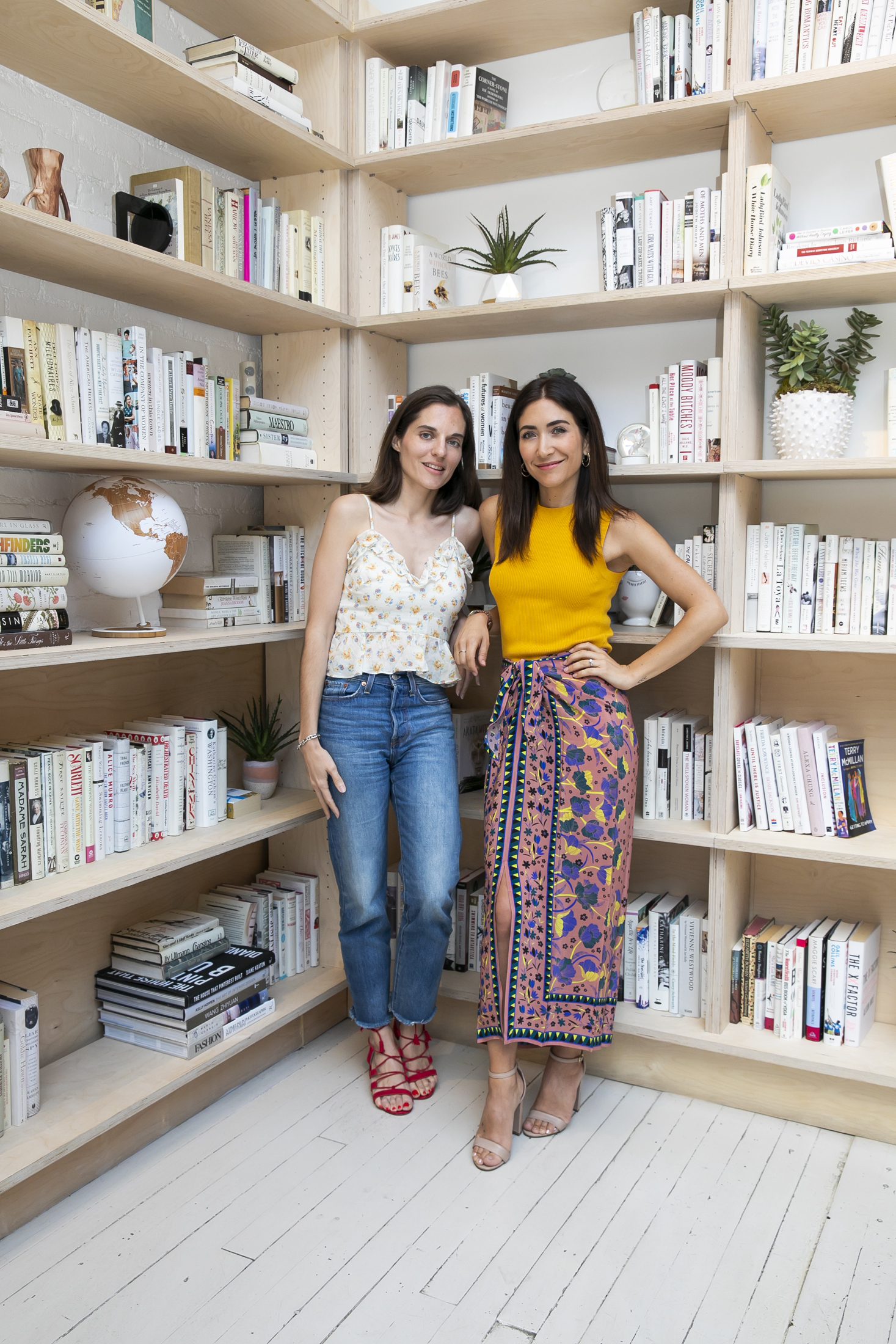 Which country has made the biggest impact on you and why?

Elise: I think Turkey, for a few reasons. It’s one of the most foreign destinations that I’ve visited, or at least foreign to my culture. It’s so different living in a place than when you’re spending 10 days visiting. I found it fascinating! It’s so rich in culture and traditions. You learn so much from just observing – my favorite thing to do is spending time in the Grand Bazaar.

Florencia: For me, it’s Italy – I love everything about the Italian way of life. The Italians are such happy and inspired people. They know how to do summer all year round! Their culture is built around family, food and friendship. It’s always been my favorite place; it’s somewhere I haven’t lived yet, but hopefully I will one day. 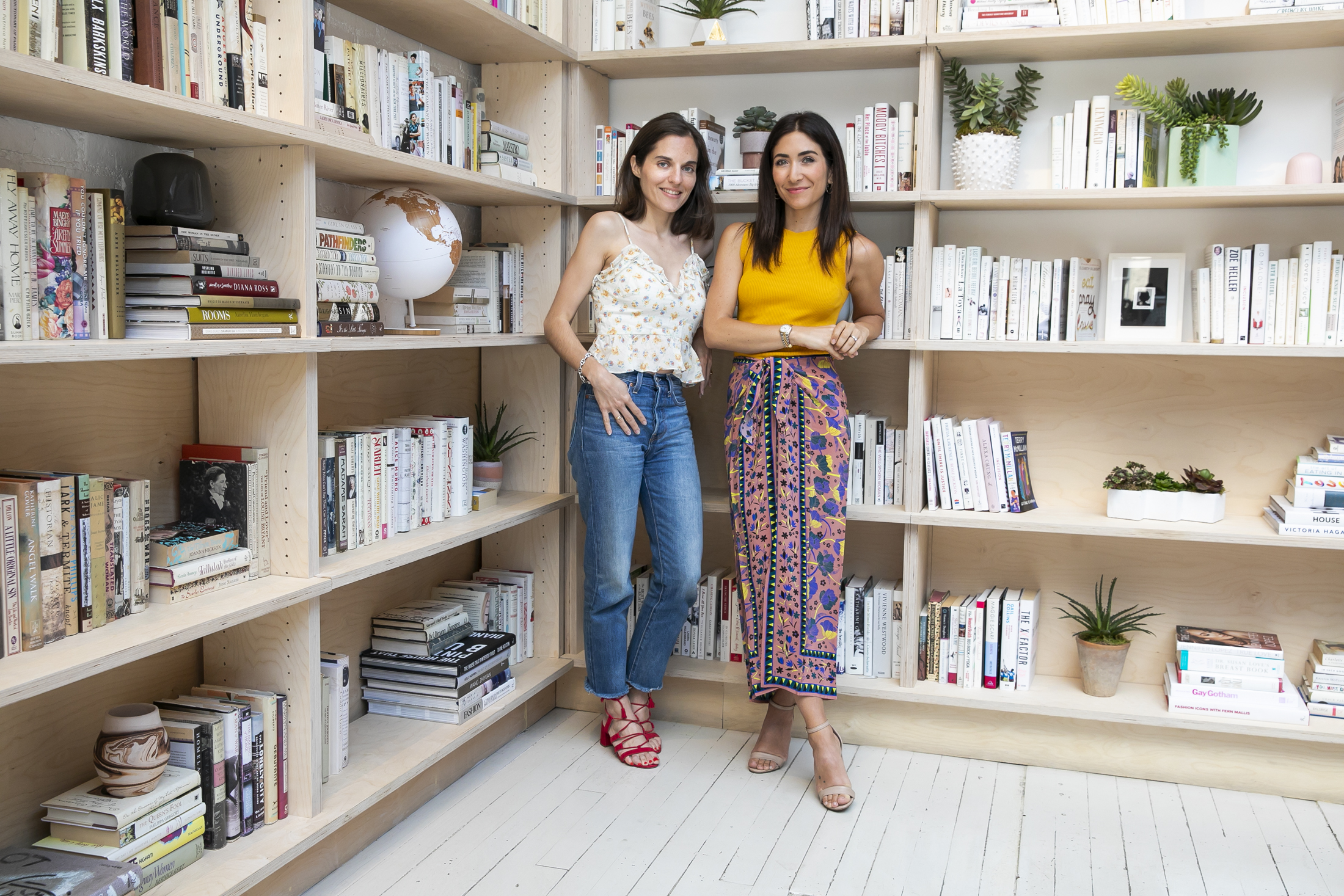 Who or what has been your biggest inspiration?

Florencia: Travel, definitely. It’s a constant source of inspiration. Every time you go somewhere new you learn something, whether it’s a language, a different culture, or a foreign dish that you can’t wait to cook back home. I’m always inspired by women in general – there’s such a positive welcoming community of women doing cool things. Especially right now for us as we’re just getting started, it gives you courage, which is sometimes needed.

Elise: Courage and motivation, I agree, it means a lot. We’ve met incredible women that we’re honored to be working with. It gives you this sense of accountability, and you feel like you’re standing on other women’s shoulders. 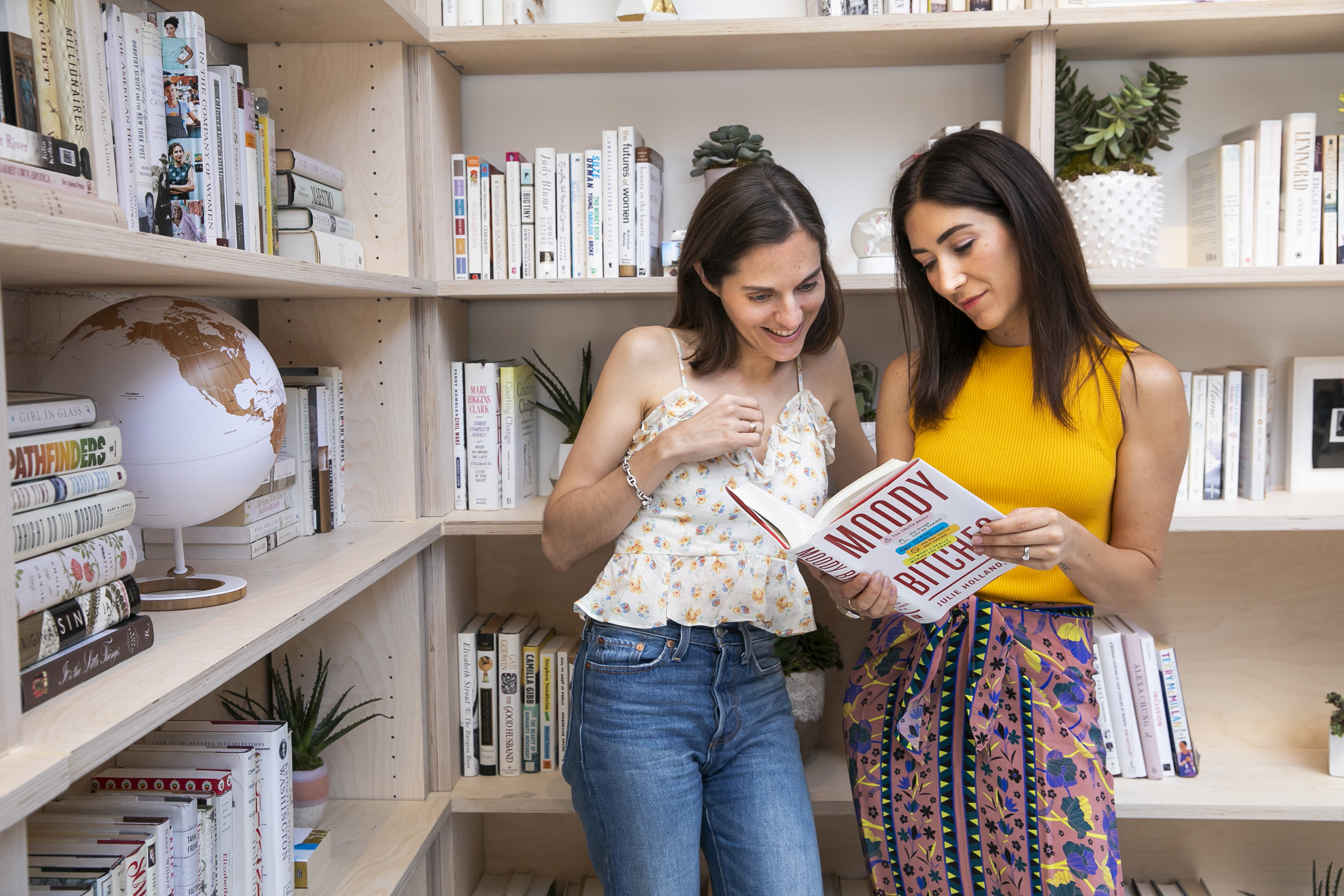 When spotlighting stories for your Chronicles is there a theme that you tend to go with or is there something that you would like readers to feel?

Elise: It felt so natural for us to story tell and we wanted to inspire our woman to continuously discover and see the world. From its inception, we wanted Golden Edit to be an escape and Chronicles is an extension of that, so the common thread is ‘how do you summer all year round wherever you are’. We refuse to believe in winter, so we’re also chronicling the journey of free-spirited women who have made a conscious choice to live and breathe summer – wherever they may be or may be going.

Florencia: And just like we curate our products, we very much keep the Chronicles content curated. For us it’s about quality over quantity. We want people to take the time, enjoy it, to feel like they’re there. Whether it’s story on St. Barths or Italy or “How to Summer In New York When You Don’t Have Vacation Days”, summer, to us, is a state of mind. 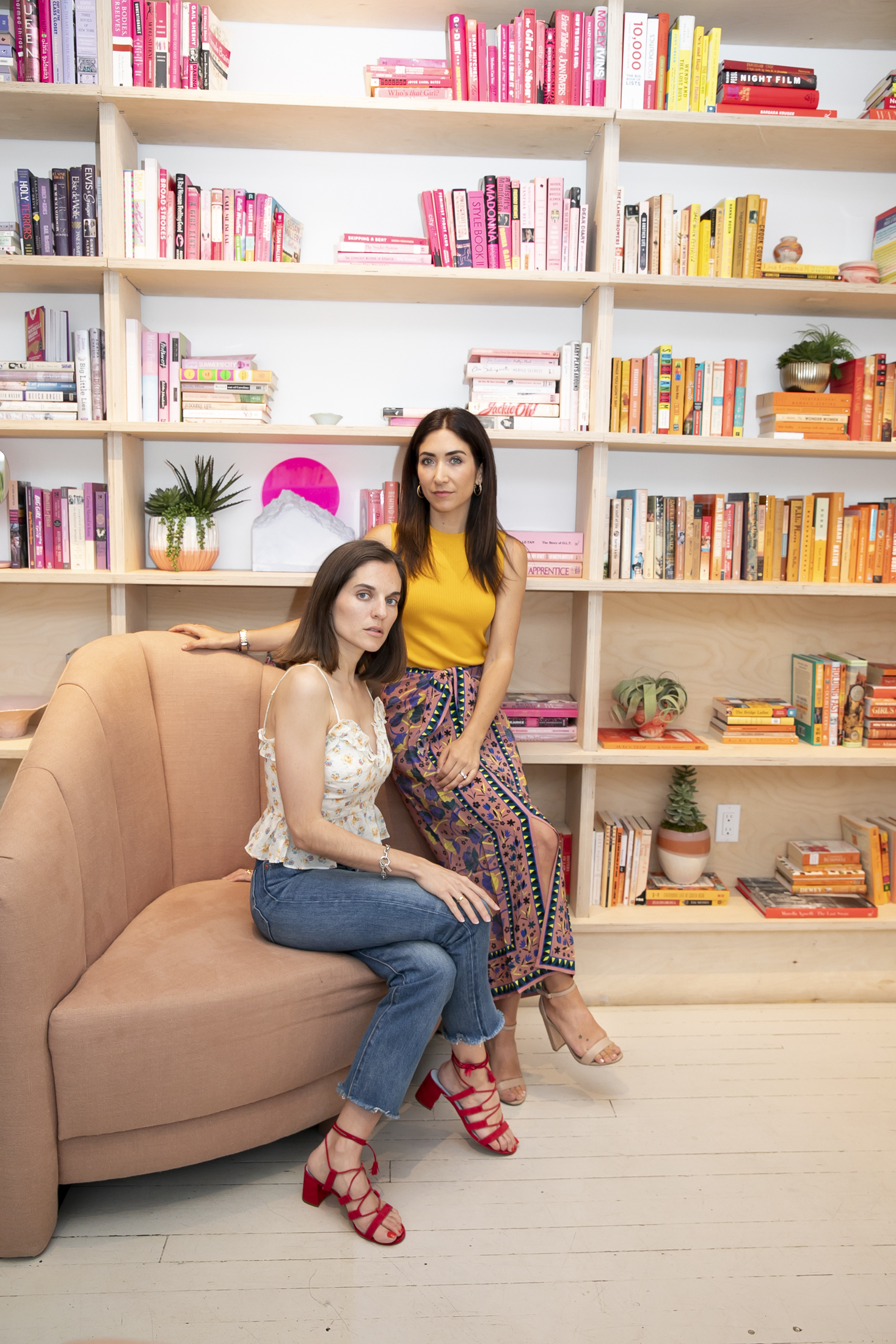 Where do you find has been your biggest market?

Florencia: Before launching, we made the decision to begin with a focus on the US and really grow our community within that market before expanding internationally. But we’re already seeing certain trends and there’s early indication as to what may come next in terms of other markets.

What is your process when curating your pieces for the site?

Florencia: What we’re really excited about with Golden Edit is that we get to play by our own rules. We introduce brands and finds in an organic way and we don’t have to adhere to ‘seasons’. So every time we add a brand or new product it’s because we truly believe in it. We don’t have to follow the industry’s calendar where we have to have a summer collection, followed by a winter collection, a resort collection, and so on. Because we’re sourcing from the northern and southern hemisphere, it’s always summer somewhere.

Elise: Something we feel strongly about is making sure that these pieces live in harmony and our brands aren’t competing. The way we think about it is: if your most stylish friend came over to help you pack for your next getaway, what would she throw into your suitcase for that perfect vacation wardrobe?

How do you think social media has transformed the travel and fashion business?

Florencia: It’s evolved in so many ways, and there’s a lot more change that’s going to happen. For us, it’s an incredible marketing tool. It’s not only a way of discovering brands, but also allows us to have a real dialogue with our customer. The feedback is immediate.

Elise: It really is instant, especially as it relates to fashion. It’s shed light on the fact that the customer doesn’t care about seasons, or is necessarily shopping that way. People don’t go online and say “I’m going to shop Resort today”. She’s a lot more emotional, and maybe reacting to a beautiful image she just saw on Instagram, and what feeling it evoked.

What’s your next move? What’s next for you both and your brand?

Florencia: The response has been so positive since our launch. We’re so happy with the dialogue we’re already having with women from all over. Our goal is to build lasting relationships and we’re committed to creating a community of #goldeneditgirls. 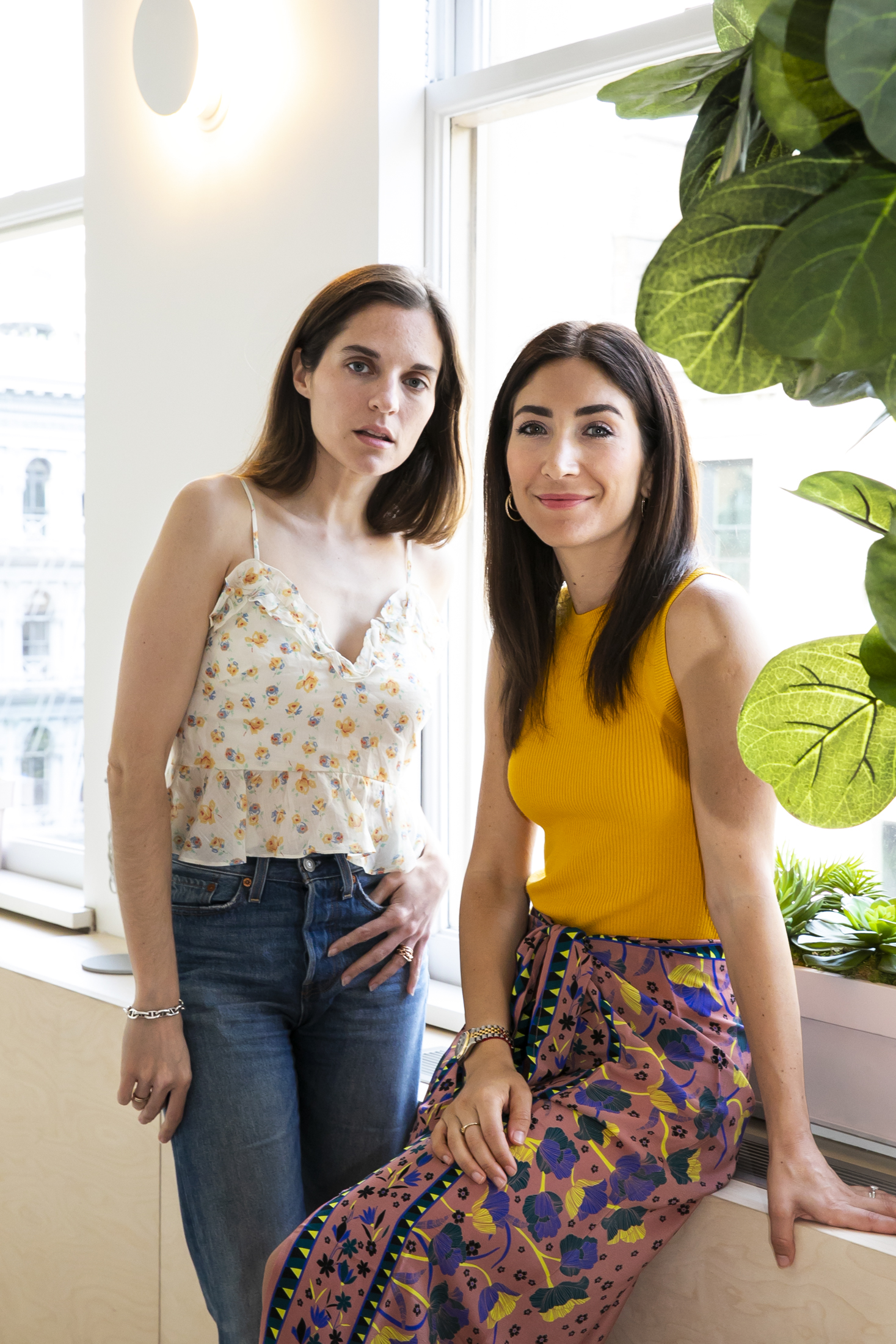 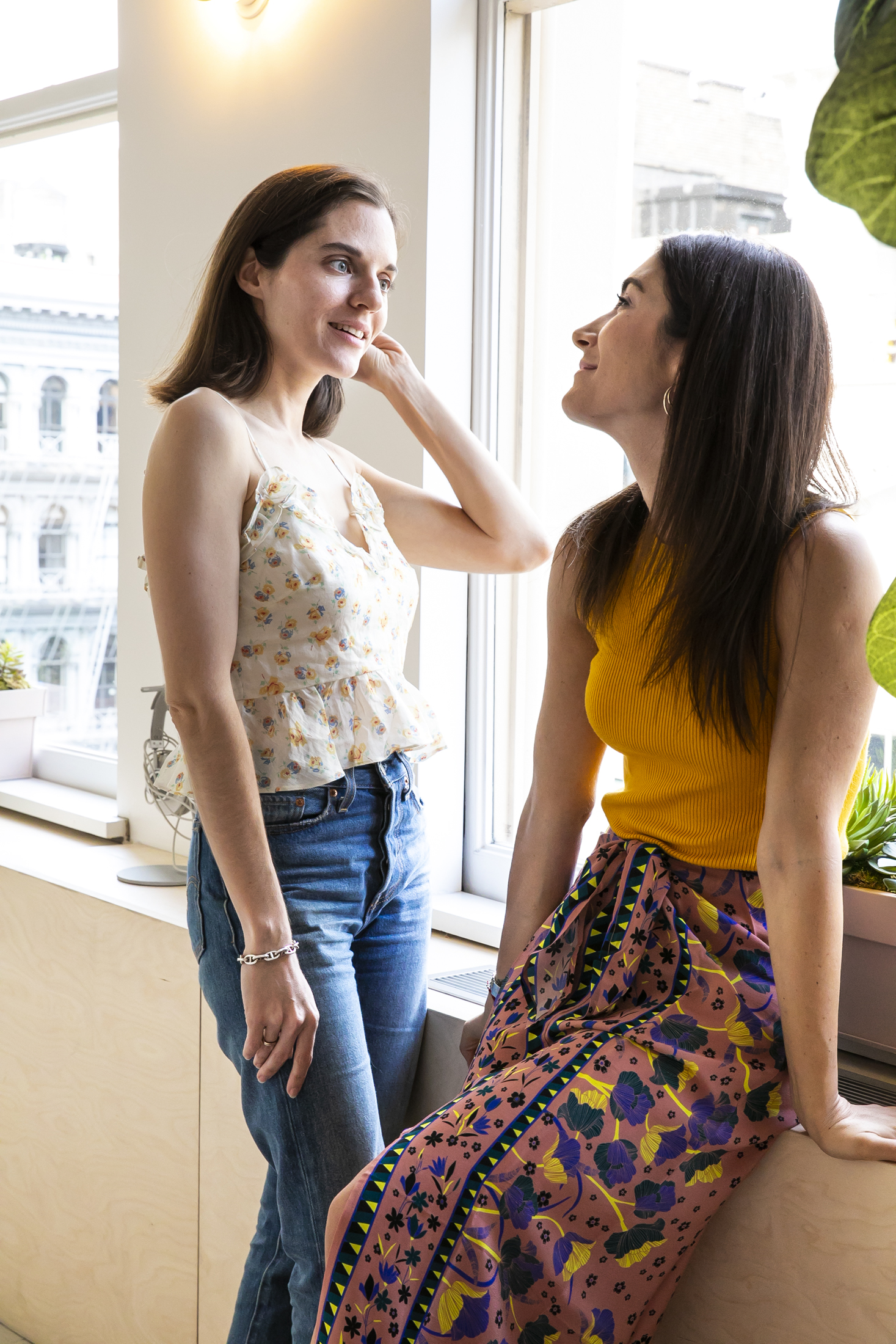 Remember to follow Golden Edit on all their globetrotting adventures and see where summer takes them.

Jessica Walsh is an NYC based travel writer, after receiving her bachelors from Pace University she explored the traditional route of working in finance until realizing she wasn't a traditional girl. Flexing her creative muscles, she worked as a stylist at Trunk Club, as well as writing about her adventures abroad, and passion for travel. She now fully devotes her time to her wanderlust documented on her blog and Instagram The Wandering Duck.

How I styled my evening shoes from Macy’s in 4 different looks Sponsored by Macy’s A few years ago, I was the girl who attended…